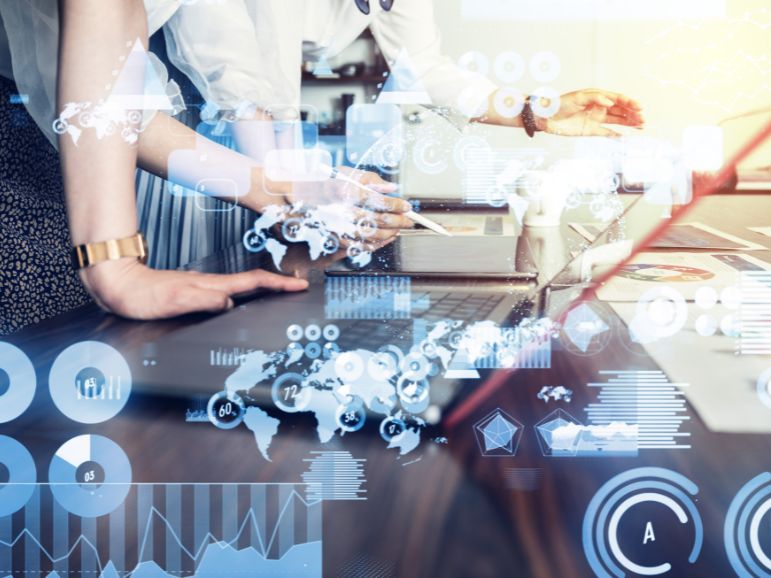 Why is Microsoft Power BI better than other BI tools?

You collect and analyse data, so you need a powerful business intelligence tool that will streamline your work and help you develop clear reports. One such tool is Microsoft Power BI. See why it is better than other software in this class.

BI tools - how do they support the business?

Business intelligence tools help entrepreneurs transform chaotic sets of data into structured, clear and helpful reports and visualisations. This allows them to extract essential information from the data to make better, more informed business decisions in various areas. This ranges from deciding whether it's profitable to keep a product on sale to implementing an employee benefit preceded by a job satisfaction survey.

As you can see, data analysis is helpful in various business areas. But, what is essential, there are at least several business intelligence tools on the market, and they are created by such technology giants as Oracle or Microsoft. But let's stay with the latter. The system developed by Microsoft is called Power BI. So what is it used for? And why is it better than other tools for analysing company data?

Microsoft Power BI is not an ordinary business intelligence tool. Instead, it's an end-to-end system, so it's made up of several valuable and interconnected resources - from software that allows you to create applications to a workflow automation tool to Microsoft 365. On top of this, Power BI runs in Azure, Microsoft's cloud, and uses machine learning in action.

But above all, Microsoft Power BI allows users to conveniently transform data into valuable business information they can use to make decisions. I deliberately write "conveniently" because users can use Power BI on different devices and in other locations.

- a mobile version for Windows, iOS and Android devices.

Why is Microsoft Power BI better than other BI tools?

SelectHub analysed 168 data analytics tools, including more diminutive and popular BI platforms - from Tableau and Sisense, SAS Visual Analytics and Qlik Sense to Oracle Analytics Cloud and Microsoft Power BI. In analysing the suitability of each system, SelectHub considered several aspects, including the use of machine learning in data analysis, the convenience of the dashboard and the clarity of the data presented, cyber security, user support and integration with other tools.

Overall, Microsoft Power BI received the highest score of 90 points. Thus, the system for analysing company data developed by the Redmond-based technology giant outdistanced Oracle Analytics Cloud by 3 points, SAS Visual Analytics by 8 points, and Tableau by even 10 points. Thus, one can objectively state that Power BI beats other tools in the business intelligence class.

What makes explicitly Microsoft Power BI such a valued tool by users. Here are four areas where Power BI is better than its competitors.

For many people not involved in big data, "ease of use" is not the first association that comes to mind when hearing business intelligence or data analytics. These terms are more often intimidating than optimistic. Quite unnecessarily, because Microsoft Power BI is a relatively easy-to-use tool, which does not require complicated and lengthy operating skills training. Every employee in the company - even those who have not previously dealt with databases and programming- can easily use Microsoft Power BI after two days of using the system. This is possible, among others, thanks to artificial intelligence, which suggests which data sources to use and which reporting attributes to use. Additionally, many Power BI tools operate on the "drag and drop" principle.

The popularity of Microsoft Power BI has meant that there are many free and paid tutorials available online, explaining step-by-step how to use the tool. However, you will probably not need to reach for external tutorials because Microsoft has already developed such tutorials - they are free and well prepared. What's more, they have been organised into an easy-to-read table of contents - which you can find at this link. However, if you prefer to learn from video, you also have that option, as you can find videos discussing the platform on the official Microsoft Power BI channel.

And when you implement Microsoft Power BI with our help, you get the support of our consultants, who, as part of the service, will also train your employees on how to configure and use the system.

3. Integration with many tools and data sources

Microsoft Power BI also means the program's comprehensiveness and ease of integration with other systems. First, let's start with the Microsoft ecosystem. The tool works not only with popular office tools such as MS Excel or MS PowerPoint but also with Power Automate, which allows users to combine data from Power BI and automate repetitive activities and processes, which translates into work efficiency, and with Power Apps, which is used to build applications quickly. In addition, power BI integrates with external data sources such as Salesforce, Oracle and Facebook as if that wasn't enough.

Microsoft Power BI allows you to analyse data and transform it into visualisations from which you can easily extract useful information. On the one hand, the service contains ready-made templates into which you can "stick" data, and on the other hand, it allows you to transform charts, maps, tables, bars (and other visual forms of presenting data) into personalised reports, which are not only full of information but also look straightforward and aesthetically pleasing, making working with them a pleasure.

Such is the significant versatility of the Microsoft Power BI system that the tool is well suited to various industries and business sectors. In addition, ongoing updates and a focused community ensure that Power BI runs smoothly and you can get support when needed.

If you are interested in implementing Microsoft Power BI in your company - write to us! EBIS has Microsoft Gold Partner status, and our consultants can boast many certificates and completed implementations. You can be sure that the proposed business intelligence solution will be tailored precisely to your needs!

Explore Power BI!
Learn what your business will gain from data analytics.